Nafplio became the first capital of the new Greece.

Inhabited since antiquity and ruled by Byzantines, Franks, Venetians and Turks, Nafplio’s history is just as colourful and varied as its many charming buildings. It was the Venetians who undoubtedly left the most impressionable mark, seen in the city’s architecture and layout. They were also responsible for the construction of the Palamidi Fortress, which later fell to the Turks. Nafplio is brightest moment came in 1821 when Ioannis Kapodistrias the first leader of the recently-liberated Greek Republic declared the city as the country’s capital. He was later assassinated outside the St. Spyridon church that still exists in the city today, as well as a memorial statue dedicated to him in Constitution Square.

Castello dello Soglio was the first name of the Venetian castle, which along with Palamidi, is considered one of the landmarks of Nafplio. Nevertheless, the name that finally prevailed is Bourtzi, which in Turkish means « Island – Fort ».With the Venetian «castle of the throne» there is always a dilemma for you: Is it better to gaze it from a distance- like a postcard that never fades- or to wander in its microcosm and smell strong smells of history? What is certain is that just looking at it is not enough; just like everybody else , you will probably want to know its history. Bourtzi was built on the islet of St. Theodoroi in1473 by the Italian engineer Gabelo and that is why its first name is Italian. Moreover, if you have heard people refer to Nafplio as «the chain harbour» (Porto Cadena ), this is because there was, indeed, a mobile chain which connected Acronafplia with Bourtzi and whose purpose was to protect the harbour and the city from sea invaders. 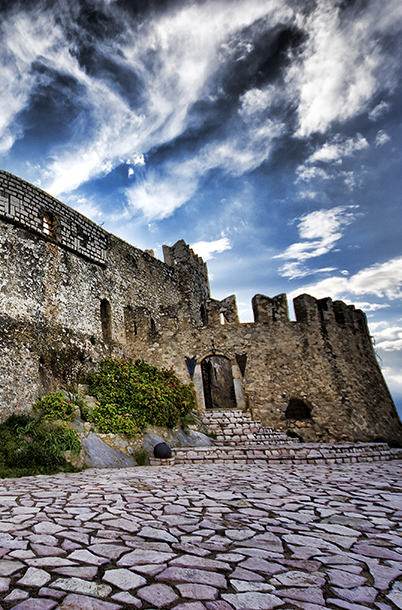 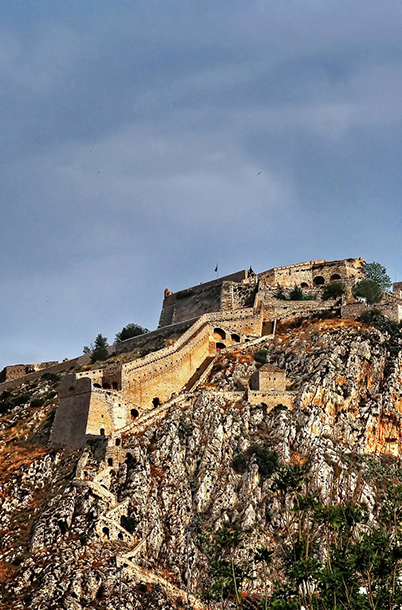 Or otherwise known as the 999 steps! If you are an extreme person and the winds don’t favour for kite surf, you can take the steps up to Palamidi and keep yourself in excellent shape at the same time. And, to be frank, the stairs are only 857! To be more serious, the idea is not so extreme, considering that you can make resting stops along the way, seating on the larger steps and having the unique view of Nafplio and of the sea as a reward. There is, however, the option that the majority of the visitors prefer; get inside your car and drive to the east side of the castle. Well done! You have just arrived to one of the most important and best-preserved castles in Greece, an exquisite example of Venetian architecture of the 18th century.

Just 8 km from Nafplio, you will find the archaeological site of Ancient Tiryns. The Mycenaean acropolis with cyclopean walls, came to light progressively from 1876 and today is one of the World Heritage Sites, worth a visit. Tiryns has been inhabited since Neolithic times, until its destruction by the Argians in the first half of the 5th century. Famous are the “Cyclopean” walls, which, according to Homer, the built themselves Cyclops. The first mythical king of the city was the product, great grandson of Danaus, or Nafplio. The monument for many years was under the ground has a lot of damages. However, there have been several successful rehabilitation efforts and the site is now open to visitors. 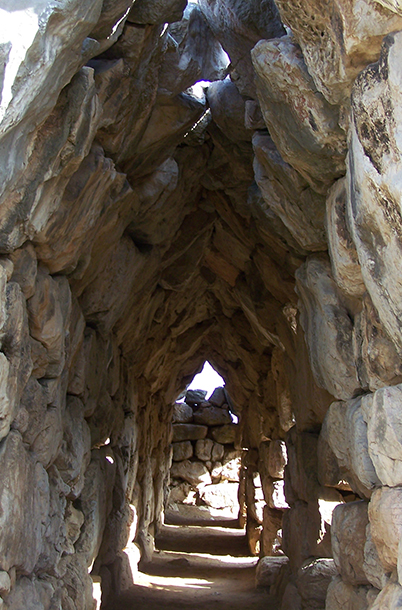 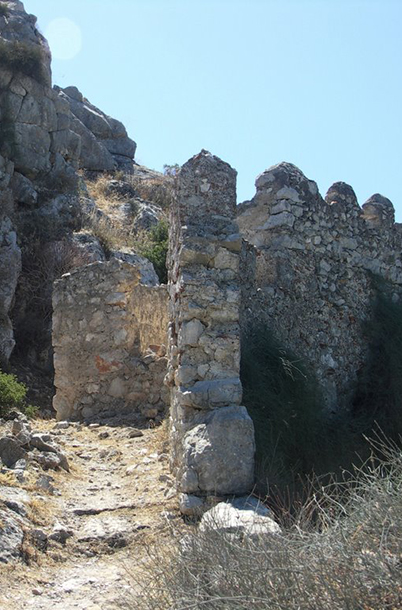 Assini is not famous only for it’s delicious mandarins. Once you visit it you will be impressed by it’s history and archaeological monuments. Let’s explore some of them. Assini is just a few kilometers away from Nafplio (10 km) near the tourist Tolo and close to Drepano. During the ottoman period the village was called “Tzeferaga” by Tzeffers Aga, who was the commander of the region. In 1902 renamed in Assini, from ancient name of Assini, ruins of which, are preserved on the beach Kastraki (or Paliokastro just before Tolo). You can also see the Acropolis of Assini. In the Mycenaean era Assini was a great town and it was the grand port of Mycenae. 700 BC was plundered by the Argious who the only that they left behind was the temple of Apollo Pythaea. After that the residents of Assini left their land and became settlers in Messinia.

Underneath the imposing walls of Acronafplia and in front of the first buildings of the Old City, there is a monument which will definitely catch your eye; it is the Land Gate.

Akronafplia is the imposing rocky peninsula that once was the Acropolis of Nafplio. The Turks used to call it Its-Kale that means inside the fortress.

We will meet it in front of you, going up the road that passes through the Akronafplia. Here is where you can rest and admire the grandeur and beauty of the old city, which lies at your feet.

One of the oldest surviving buildings from the period of the first Ottoman domination, is the Old Tzami (Mosque), which adorns the center of the city of Nafplio. The beautiful building is located in the Syntagma Square.

THE LION OF BAVARIAN

This is the famous Lion of the Bavarians, created in 1836 by the German sculptor Siegel, when King Ludovik, Othona's father, asked him to build a monument to the soldiers of the Bavarian Kingdom who died of typhoid in 1833 to 1834.

Vouleytiko took its name because here was the first Greek parliament (Vouli in Greek). From autumn 1825 until spring 1826, Vouleytiko, which had been formed in the meantime by the architect Vallianos, housed the Greek Parliament.